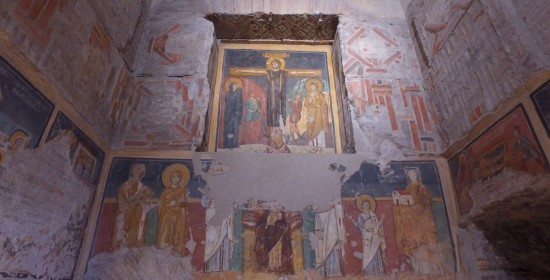 There was something new and wondrous in the Roman Forum in 2016.

For a limited time Santa Maria Antiqua, one of the earliest surviving ancient Byzantine churches that is considered the “Sistine Chapel of the Medieval Era”, was open to the public and it’s something not to be missed!

At the foot of Palatine Hill behind the Temple of Castor and Pollux is the 6th century Roman Catholic Marian church that was built within a massive 1st century AD Roman structure built by Roman Emperor Domitian.

This ancient structure served as a winding imperial ramp that connected the Roman Forum below with Palatine Hill above where the imperial palaces overlooked ancient Rome.

By mid 6th century, this massives structure was transformed into a guard house that served to protect this very important imperial access. 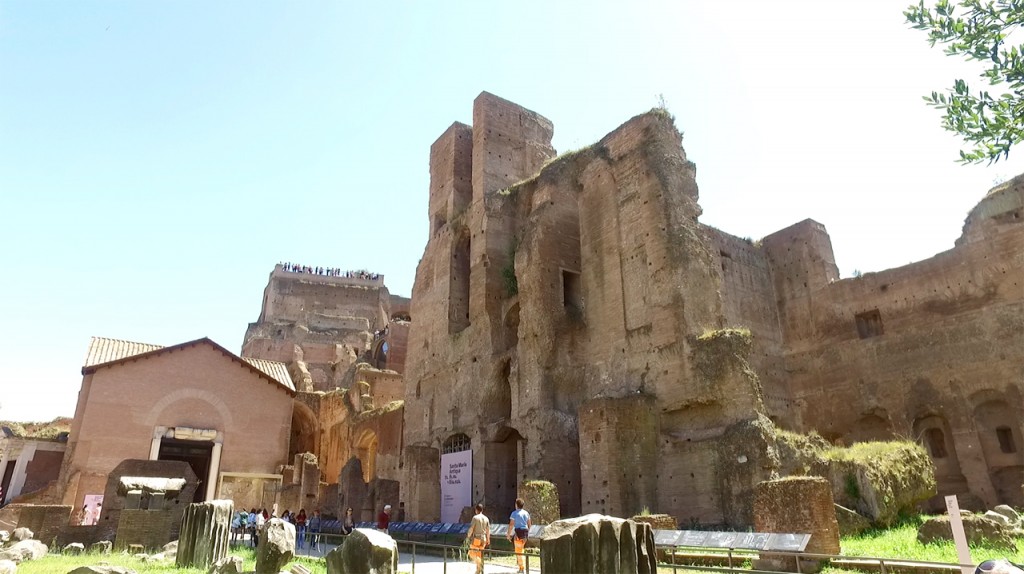 Brick pillars were assembled to support a roof to cover the atrium space, and the walls were frescoed with Christian themes.

A couple of decades later, the guard house itself was transformed into a church that served the needy in the community through charity.  The previous brick pillars were replaced with granite columns, the porticos were converted into 2 sided isles, and a large apse was carved out of the existing brick wall.

For a duration of 3 centuries, the interior walls of this ancient Byzantine church were adorned with stunning mosaics, polychrome marble, and vibrant frescoes that were discovered superimposed over 7 layers as newer frescoes were painted over older frescos creating a palimpsest offering viewers a peek into the progression of early Medieval and Byzantine art.

Due to an earthquake in the 9th century, Santa Maria Antiqua buried by rubble and sealed from the world more than 1,000 years until it was rediscovered in early 20th century.

Thanks to centuries of being sealed off from man, Santa Maria Antiqua was saved from the 8-9th century Byzantine iconoclasm and modifications during the Baroque and Counter-Reformation eras when many churches were altered. 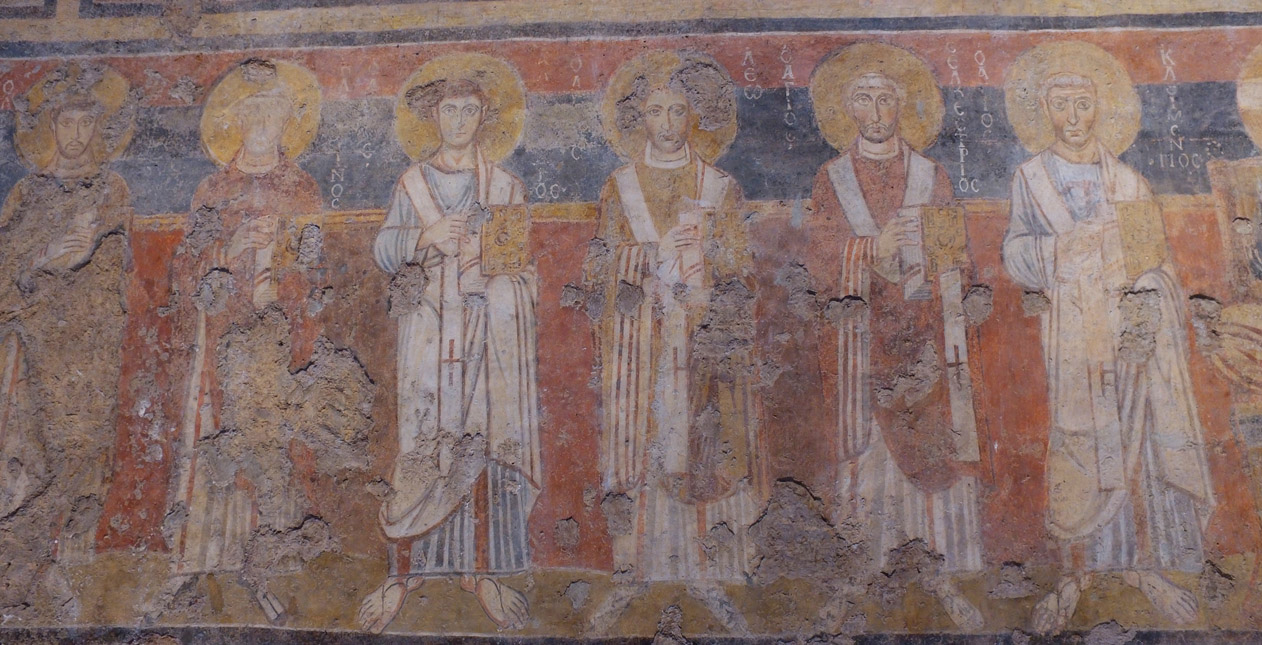 Even though heavily damaged as a result of the earthquake a thousand years of neglect, following decades of extensive work to restore this ancient sanctuary, we can now admire the amazing early Christian Byzantine frescoes depicting the Virgin Mary with infant Jesus, saints, angels and martyrs adorn the walls of the sanctuary.

Digital representations of the church in its original condition play on a wide screen inside the church near the mosaic display.

Inside the Chapel of Theodotus, Chapel of the Medical Saints, and presbytery, digital projections on the walls depicted how the original frescoes looked a thousand years ago bringing to life the glory of this “Sistine Chapel” of the Medieval era.

From 1980 to 2012, the Santa Maria Antiqua church was closed to the public and access was limited only to scholars who applied for a special visit to study this ancient monument and its remarkable frescoes.  An extensive 2.7 million Euro conservation undertaking between the Archaeological Superintendency of Rome and the World Monuments Fund resulted in the phenomenal results that the public have the privilege to see for themselves for a limited time.

The sanctuary was open for public visitors from March 17 to September 11, 2016.