The Aesthetic Evolution of Raphael at Vatican Museums 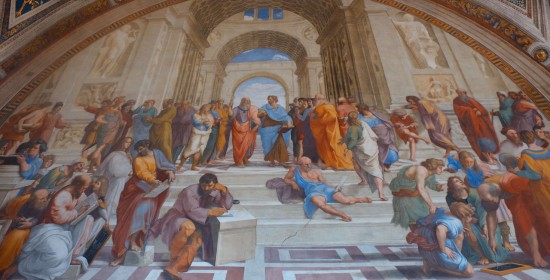 One of the best examples of the gradual evolution of Raphael’s style can be found in the Papal Apartments of the Vatican.

Four magnificent rooms known as “Le Stanze di Raffaello”  that were the Papal residence between 1507-1585.

Though the order of the rooms does not reflect  the chronology of when Raphael created the frescos, viewers can appreciate the ever changing  style of Raphael as executed into each scene. Influences of great artists such as Bramante, Michelangelo and Leonardo are evident while still maintaining the artist’s personal touch.

The first room that can be visited is the Room of Costantine, dedicated to the life of the first Christian Emperor who symbolically donated the city of Rome to the Pope in charge during his time, Pope Sylvester I and his successors . Even if this room carries an important meaning, it is the last room that Raphael painted, therefore only the preparatory cartoons were executed by the artist himself while the majority of the painting was carried out by his pupils due to Raphael’s premature death. 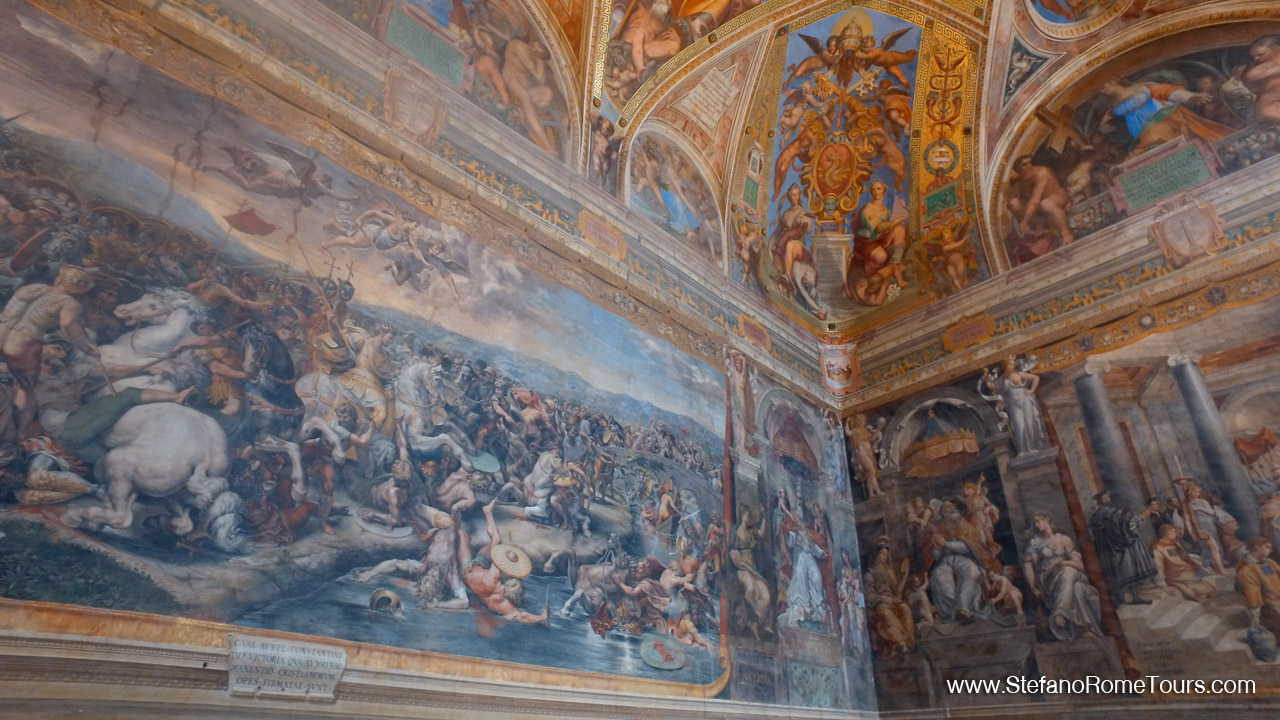 The second room is the Room of Heliodorus. The frescos were created towards the end of his career between 1511-1514, about 6 years before his death. The most impressive artistic achievement in this room is the Liberation of S. Peter. In this scene Raphael masters his ability to depict glowing and moving light, working in a medium that  does not allow the gradual manipulation of colors.

Effects of this kind were unparallel by Raphael’s contemporaries until the arrival of Caravaggio almost 100 years later. The frescos in this room also reflects Raphael’s observation of Michelangelo’s style in the Sistine Chapel. In fact the two artists were working in the Vatican at the same time.

The muscular density and powerful solidarity that classifies Michelangelo’s figures are borrowed by Raphael beginning with the School of Athens in the following room. 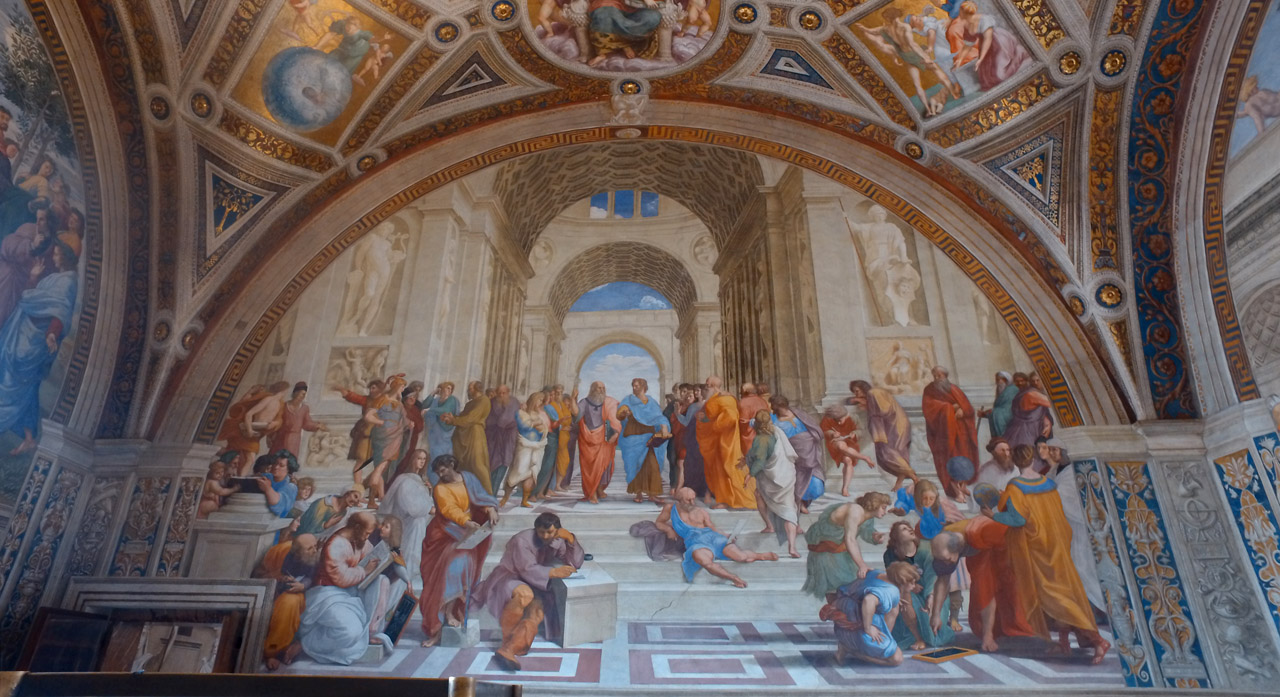 The Room of the Signature is perhaps the most celebrated works of Raphael’s career. With respect to the chronology of the artist, we are actually moving back in time, viewing the first room that he was commissioned to paint at the young age of 25.

A clear transition  in Raphael’s style is evident in viewing the Disputation of the Holy Sacrament and the School of Athens side by side.  In the latter painting is where we also see an homage to Raphael’s biggest rival. The representation of a philosopher, Heraclitus with the resemblance of  Michelangelo is prove of Raphael’s admiration for his contemporary. After seeing his masterpiece in the Sistine Chapel, Michelangelo became an idol for the young artist. 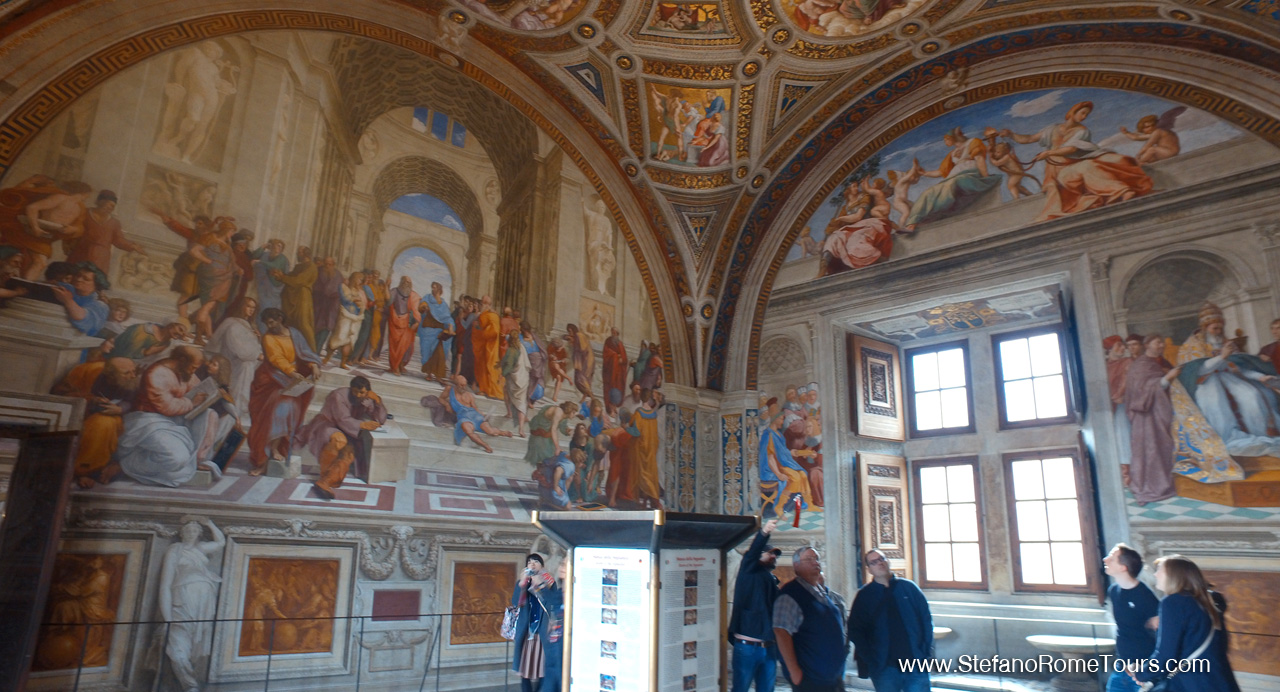 The last part of the tour shows the forth room, which lends its name to a fire that broke out in the 9th Century in a neighborhood of the Vatican called the Fire in the Borgo. 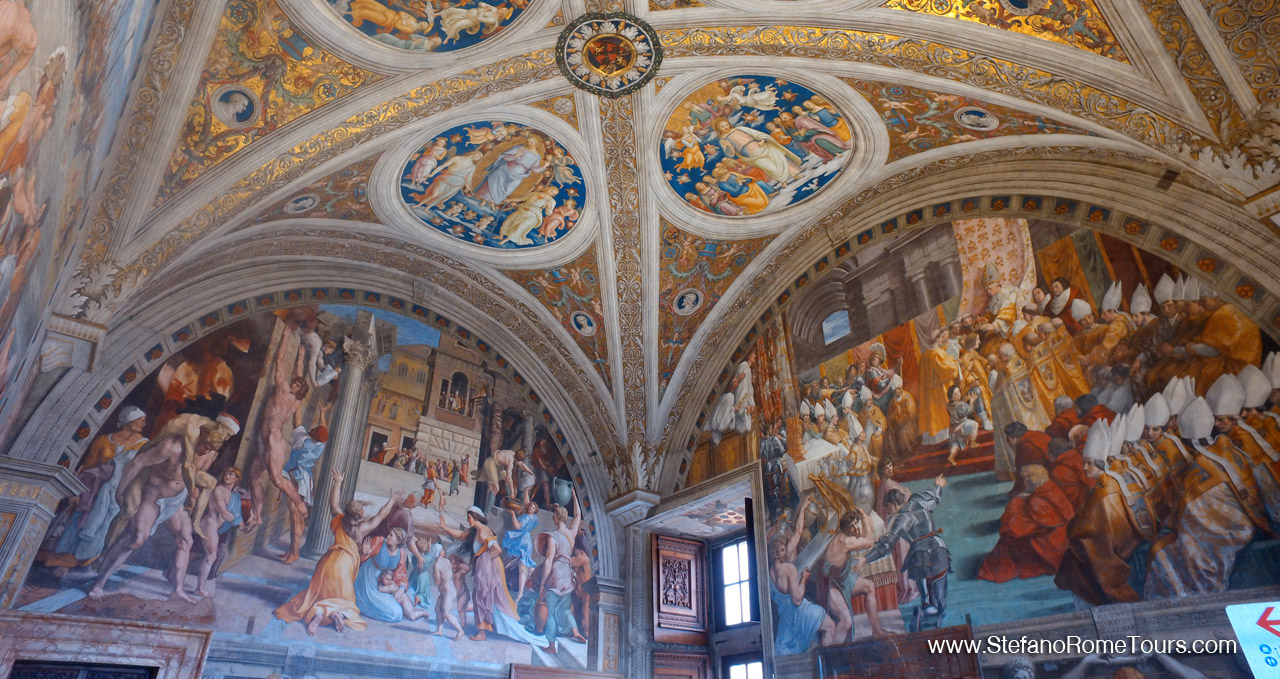 Let Stefano Rome Tours and their team of licensed tour guides take you back in time to relive the crucial moments that marked Raphael’s career. This description only scratches the surface of the many historically nuances that are present in Raphael’s frescos.

Thank you for stopping by and reading our blog and for choosing Stefano Rome Tours for your private Tours of Rome, and Italy private excursions.  We look forward to showing you to Italy!